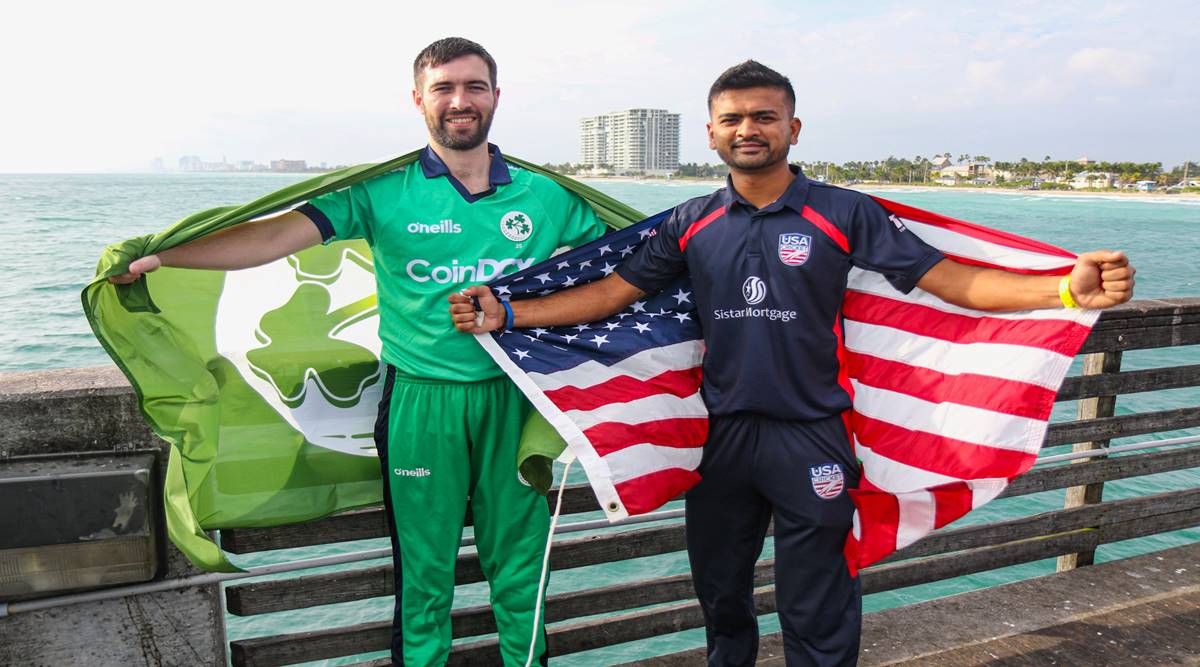 USA beat Ireland in the first T20, a big upset, American batsman scored runs at a strike rate of 260

Ireland, who went on a tour of America, had to suffer a setback in the first T20 itself. The USA team defeated the visiting team by 26 runs in the first match of the two-match T20 series. For America, Gajanand Singh scored 65 runs in 42 balls and Marty Cain scored 39 runs in 15 balls at a strike rate of 260.

America won the toss and elected to bat but it did not start well and lost four wickets in 16 runs with the lethal bowling of Barry McCarthy (4 for 30). In such a situation, 34-year-old Gajanand, playing his fifth T20 International, played a smoky innings with five sixes and three fours.

Left-handed batsman Gajanand was well supported by Sushant Modani, playing his first T20 International, who scored 50 runs in 39 balls. The two shared a 110-run partnership for the fifth wicket. New Zealand-born Marty Cain also hit an unbeaten 39 off 15 balls in his debut match as the US posted 188 for six.

In reply, Ireland could only manage 162 runs for six wickets. Ireland’s captain Andy Balbirnie (four) was dismissed in the second over itself. Second opener Paul Stirling scored 31 runs in 15 balls but he too could not stretch his innings. Number three batsman Lorcan Tucker scored 57 not out for Ireland.

Saurabh Netravalkar, Nisarga Patel and Ali Khan got 2-2 successes for America. With this, America has taken an unassailable 1-0 lead in the two-match T20I series. Now the second T20 match will be played on December 24 at 5.30 am Indian time.

After this series, a 3-match ODI series will also be played between Ireland and America. All three ODIs will be held on December 26, 28 and 30. All these matches between the two teams will be played at the Central Broward Regional Park Stadium Turf Ground in Lauderhill, Florida. The first T20 was also played at this ground.

The post USA beats Ireland in the first T20 in a big upset, American batsman hits runs at a strike rate of 260 appeared first on Jansatta.