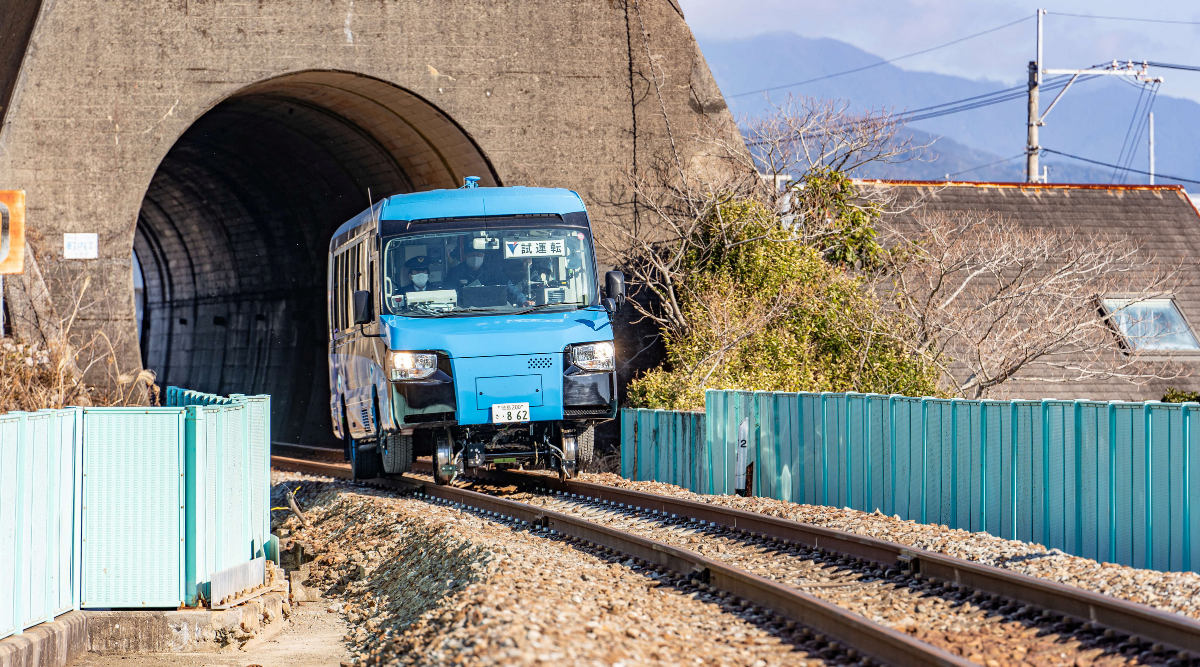 Experts in the automobile world believe that these Dual Mode Vehicles (DMVs) can prove to be a boon for small and medium scale cities.

The world’s first dual-mode vehicle (DMV) is all set to make its public debut in Japan. The DMV can run on tracks with wheels with equal ease. It is developed by Asa Seaside Railway Corp in Tokushima Prefecture, Japan. Also he has tested it.

This vehicle can be said to be a modified version of a regular minibus, with a seating capacity of 21 to 23 passengers. The vehicle can switch between its ‘Bus Mode’ and ‘Train Mode’ at the press of a button. A pair of wheels for train tracks lifts from under the vehicle in about 15 seconds and turns it into a small rail coach, capable of moving smoothly on train tracks.

These diesel-powered dual-mode vehicles can carry around 21 passengers and can travel at a speed of 60 kmph on railway tracks. At the same time, on public roads, one can walk at a speed of about 100 km per hour. The dual-mode vehicle on railway tracks can run on six wheels, with two rubber tires at the rear and two pairs of iron wheels. It also claims to save fuel up to 75 per cent apart from reducing other maintenance costs.

“It (DMV) can reach local people (in the form of a bus) and also take them to the railways,” news agency Reuters quoted Asa Seaside Railway Corp CEO Shigeki Miura as saying. With an aging population especially in rural areas, we expect this to be a very good form of public transport.”

These DMVs would run along part of the coast of Shikoku Island in southern Japan connecting several smaller towns. The vehicle is being developed to encourage tourism in the area and help local residents travel without having to switch between buses and trains.