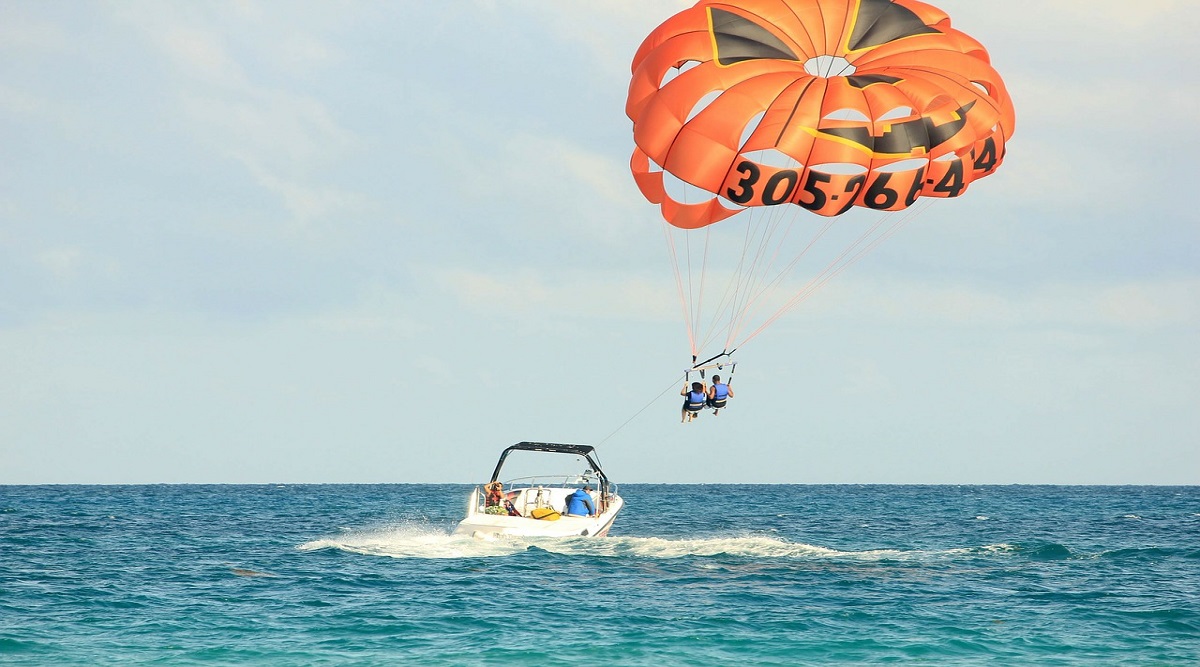 The rope broke in the middle of the sea during parasailing, see in VIDEO how the woman fell

The government is revising a policy on adventure sports, including a complete ban on the use of narcotics while parasailing or rafting, kayaking or canoeing.

For some people, adventure is a wonderful thing. Who does not like adventure in today’s era. This is the reason that whenever people plan a trip to roam somewhere, they definitely enjoy adventure games there. But the craze for adventure can also become a cause of death for some people. These days one such creepy video is becoming fiercely viral on social media.

Adventure lovers keep doing something in life that makes them comfortable. But have you ever thought that these adventure games can also prove to be dangerous? Recently, a similar video is going viral on social media, after seeing which everyone will think many times before doing an adventure. It can be seen in the video that two women ride in to enjoy the parasailing ride, but after a while their breath gets stuck in this fun affair. This incident is from Alibaug in Maharashtra.

In the viral video, two women are seen enjoying parasailing. At the beginning of the video, everything is going well, but after a while the rope attached to the parachute gets stuck in the boat. After this both the women fall into the sea from a height of about 100 meters. Luckily his life jacket kept them afloat until the sailor saved both of them. (Also read- Black rice can prove to be a panacea for fatty liver patients, know how)

According to media reports, both these women are residents of Sakinaka, Mumbai. Both the women along with their families had gone for a picnic in Alibaug on November 27. According to media reports, when Surekha Panikkar and Sujata Narkar saw tourists parasailing while going to Varsoli Beach, they also felt like doing adventure. (Also read- Hair Care Tips: Alia Bhatt’s dietician told the secret formula to stop hair fall, know)

This video is becoming increasingly viral on social media. So far this video has been viewed more than 41 lakh times. After watching the video, users are not only giving their feedback but are also sharing it fiercely. Most of the users are shocked after watching this video and have questioned the legality of standard safety procedures followed by adventure sports operators across India.