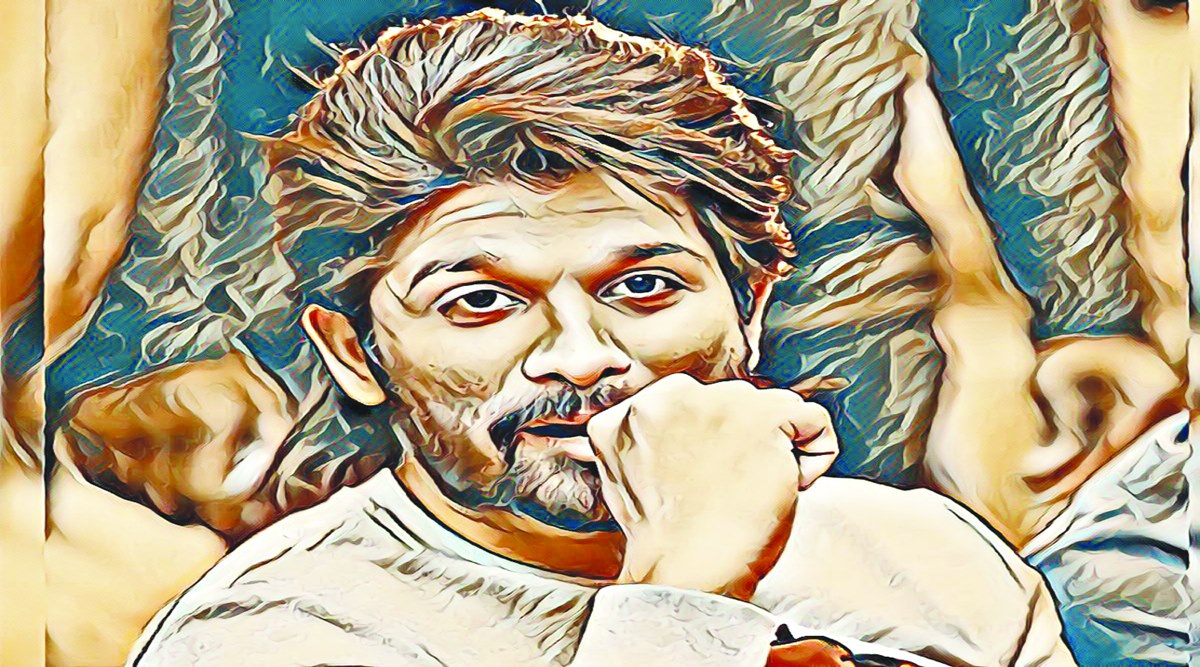 The magic of Telugu films became the challenge of Bollywood

Shahid Kapoor ran away with his jersey.

Shahid Kapoor ran away with his jersey. Rajamouli, the creator of Baahubali, also lost his strength in the face of the corona virus and he postponed the release of his film RRR. Omicron’s scare is forcing filmmakers to rethink whether to release their films on time or not. But in these conditions, Allu Arjun’s Telugu film Pushpa – The Rise is doing a business of three hundred crores and its Hindi dubbed version slammed the Hindi belt by earning Sathek crores. Not only 83 on World Cup cricket, it has also left behind Spider-Man. Corona virus is not having any effect on it. Allu Arjun’s film Pushpa is the story of a coolie named Pushparaj becoming a mighty smuggler.

Usually Pushpa is a female name, so it is natural for people to misunderstand that the film will be female-oriented. Due to the attachment of English, Pushparaj has been made Pushpa. But even its name did not come in the way of the success of the film. The name of the film may create confusion, but Pushpa is going on. Allu Arjun is being discussed with this success. His previous Telugu film Ala Baikunthapuramulu did a business of 250 crores.

During the making of Fakira (1976), his close friends told the producer NN Sippy that you are showing Shashi Kapoor and Danny as real brothers in the film, while there is a difference in their appearance. Where is the sleek Shashi Kapoor and where is the Nepali-looking Danny. On this Sippy said that when people watch movies, then they do not pay attention to all these things. The same thing happened. The film became a hit. After watching Fakira, the audience was humming his songs – Dil Mein Tujhe Bitha Ke… and Tota Maina Ki Kahani Toh Purani Purani Ho Gayi…. It did not go unnoticed that Danny and Shashi Kapoor do not seem to be related anywhere. A similar attitude can be seen in the audience regarding Pushpa, who is becoming a hit these days.

Pushpa has been dubbed into Hindi from the original Telugu and has collected more than 60 crores in Hindi. Success of South Indian films in Hindi is not new. It started with SS Vasan’s 1948 release Tamil Chandralekha costing 30 lakhs. Chandralekha was the first Indian film to have full page advertisements in newspapers and magazines.

Made on a grand scale, no stone was left unturned in promoting the film. The truth was that Vasan, who had spent more than ten lakh rupees on publicity in 1948, had no story for the film. All that was there was just the title, which was the name of a heroine. The film was being made and the story was being written simultaneously. It took five years to make the film. The film went on. But despite being an important center of film production, the market for Tamil films was not large enough to cover the cost of 30 lakhs. Initially people from Kerala, Karnataka, Andhra Pradesh had to go to Madras, now Chennai, to make films. Then Tarachand Barjatya, who started with a job of Rs 85 a month, advised and helped Vasan to dub or remake Chandralekha in Hindi. Chandralekha was made in Hindi and did well. Since then the films of South got a huge market in the form of Hindi. Today the business of Telugu films has spread.

A solid structure for film production has been established there. A two-part film like Bahubali has done a business of two thousand crores worldwide. The first of the two parts of Pushpa has been released. The second part will also release this year. Apart from this, films like Major, Radheshyam, Salar, Ligar and Adipurush made in Telugu will be released in Hindi this year. Prabhas and Pooja Hegde’s Radhey Shyam was going to release on January 14, whose release has been postponed. The conditions are not conducive for the screening of films. The release of Telugu-made RRR scheduled for January 7 has already been postponed. The producers of Radheshyam had said that the film will be released on January 14 as per its schedule. But the increasing cases of Omicron have forced the producer of Radheshyam to back down.