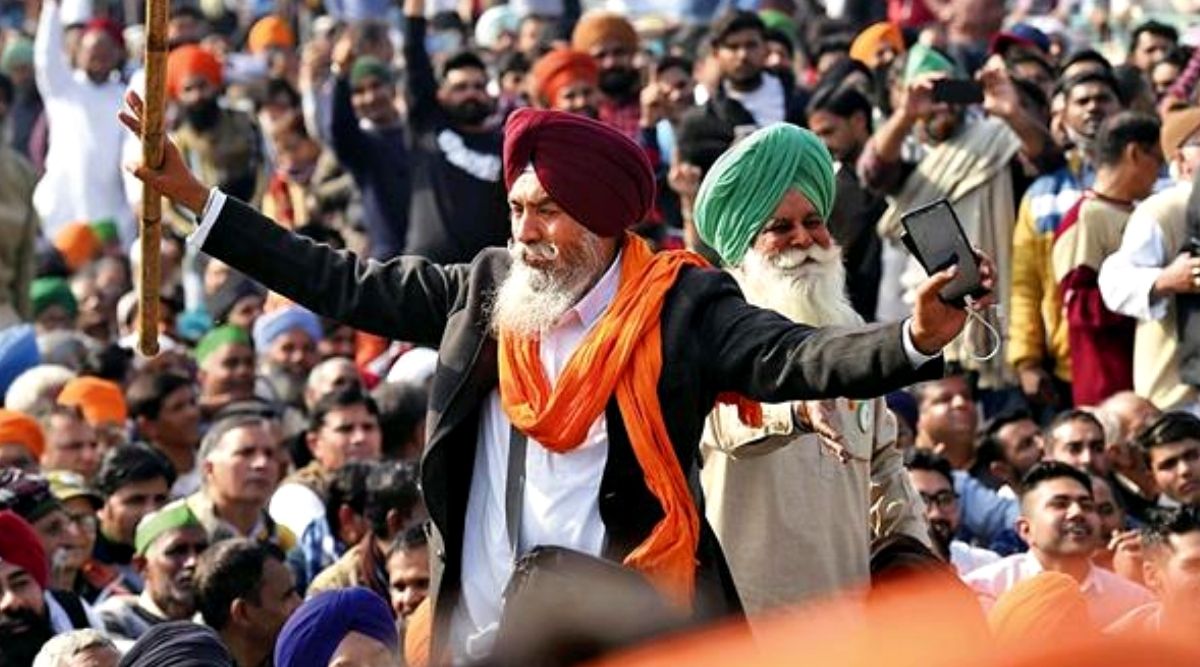 After the return of the agricultural laws, the farmers may have ended the agitation and returned to their homes, but they have become active once again in Punjab. They have been agitating since last Monday on the railway tracks at different places for the price of sugarcane, loan waiver, compensation to those killed in the farmers’ agitation. This matter was also discussed in Times Now Navbharat’s ‘Nationalism’, where journalist Sushant Sinha challenged the farmer leader to raise his voice against the Congress.

On this talk of journalist Sushant Sinha, the president of the Kisan Union, Savit Malik was bifurcated. He said, “If any government in the whole country, be it BJP, Congress or anyone else, does not work in the interest of farmers, does not pay sugarcane, does not waive loans, then the farmer should never vote for him. ” On the talk of Savit Malik, even Sushant Sinha did not miss the opportunity to surround him.

Surrounding the farmer leader, Sushant Sinha said, “Today we are talking about Punjab. From here, strengthen your mind and show by speaking that don’t vote for Congress. Show it by saying ‘Congress’.” On his point, Savit Malik said, “If the Punjab government is anti-farmer, its loans are not being waived off, then they should not vote for the government, vote for the one which works in their interest.”

On Savit Malik’s talk, Sushant Sinha asked why are you still using ‘agar’, to which he replied, “There the government has made announcements. If the announcements are not fulfilled till the elections and the farmer is not satisfied, then the farmer of Punjab will not vote for him.” On his talk, Punjab Lok Congress leader Preetpal said, “We will bear your expenses, you come and say that Congress is anti-farmer. You come and bust them.”