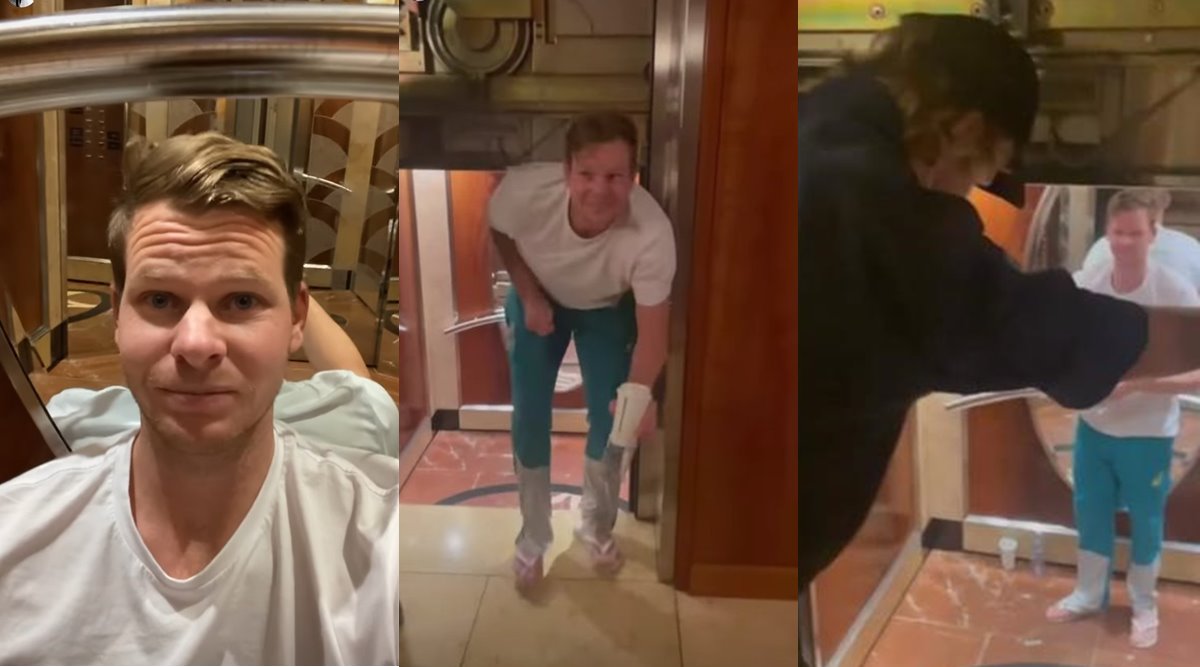 Australia’s star cricketer Steve Smith was trapped in a lift at a hotel in Melbourne for nearly an hour. Many videos of this incident are becoming fiercely viral on social media. Smith’s fellow cricketer Labuschagne seems to be trying hard to open the door.

Australia’s star batsman Steve Smith got stuck in a lift at a hotel in Melbourne on Thursday. They were trapped in the lift for about an hour and a major accident was averted with them. The video of this incident with Smith is becoming fiercely viral on social media.

Meanwhile, Steve Smith and his fellow batsman Marnus Labuschagne ‘live-streamed’ the incident on Instagram to help them in the rescue operations. While trying to open the elevator door with the help of a rod, Labuschagne gave Smith some chocolates to eat.

When the technician arrived at the hotel after waiting for about 55 minutes, Smith was pulled out with his help. Smith said in a viral post on Instagram that, “I am stuck in the elevator right now but the doors are not opening. Maybe it’s out of service and not working.”

He further says in the video that, “I have tried to open the door. I have opened it slightly from one side, Marnus (Labushen) is trying to open it from the other side, to no avail. Marnus even brought me some things to eat.”

Smith continued, “To be honest, it hasn’t been the way I had imagined the evening. For now, I have reached the safe room. Finally got out of the elevator. It was definitely an experience. I would never want to see these 55 minutes back in my life again.”

It is worth noting that Steve Smith is currently the Test vice-captain of Australia. In the current Ashes series also, he defeated England in the second test under his captaincy. Smith was handed the captaincy in the absence of regular captain Pat Cummins. The fourth Test of the Ashes will be played in Sydney from January 5 and Australia has taken an unassailable 3-0 lead.