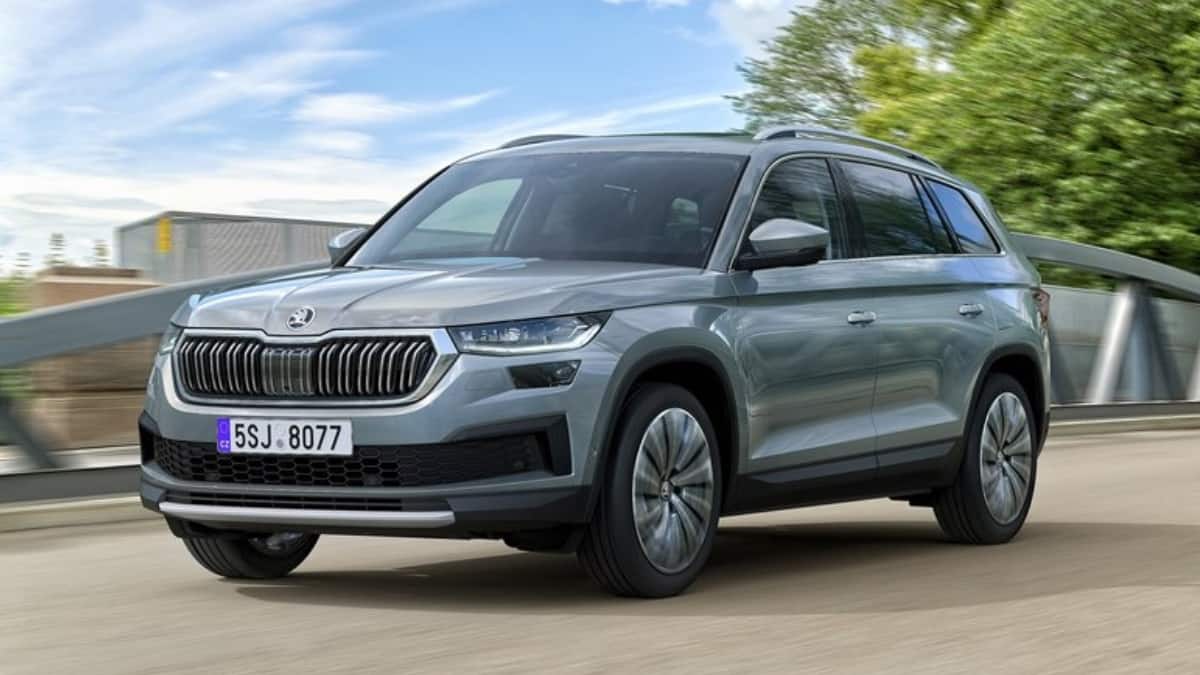 Skoda Kodiaq Facelift will knock on January 10 in India, know the possible price and features

The new Skoda Kodiaq Facelift will compete with cars like the Volkswagen Tiguan, Hyundai Tucson and the Jeep Compass.

You will get many great features

Talking about the changes, the new 2022 Skoda Kodiaq Facelift has received some cosmetic changes. Along with this, it will be launched with a lot of new features. Up front, it gets a bigger hexagonal grille, upright bonnet and a new bumper with an aluminum skid plate. The SUV gets slimmer LED headlights with Matrix technology along with LED DRLs and it rides on multi-spoke alloy wheels. At the rear, it gets a new bumper and slimmer LED taillights.

Not many changes have been made inside the cabin in the upcoming Skoda Kodiaq Facelift but some new features have been given in it. It gets an 8.0-inch touchscreen infotainment system with smartphone connectivity along with a 10.25-inch virtual cockpit. The SUV also gets a panoramic sunroof, three-zone climate control, 12-speaker Canton sound system, enhanced ambient lighting, etc. Talking about the powertrain, the new Kodiaq Facelift will be offered only in the petrol model.

Kia Carens booking starts from January 14, will be launched with 5 variants, know all the details

The new 2022 Skoda Kodiaq Facelift will be powered by a 2.0-litre TSI turbocharged petrol engine, which will be powered by a direct injection system. This motor will generate power of 187 hp and peak torque of 320 Nm. The engine will be mated to a 7-speed DSG. The new Skoda Kodiaq Facelift price in India is expected to be around Rs 35 lakh (ex-showroom Delhi). It will compete with the Volkswagen Tiguan, Hyundai Tucson and the Jeep Compass.