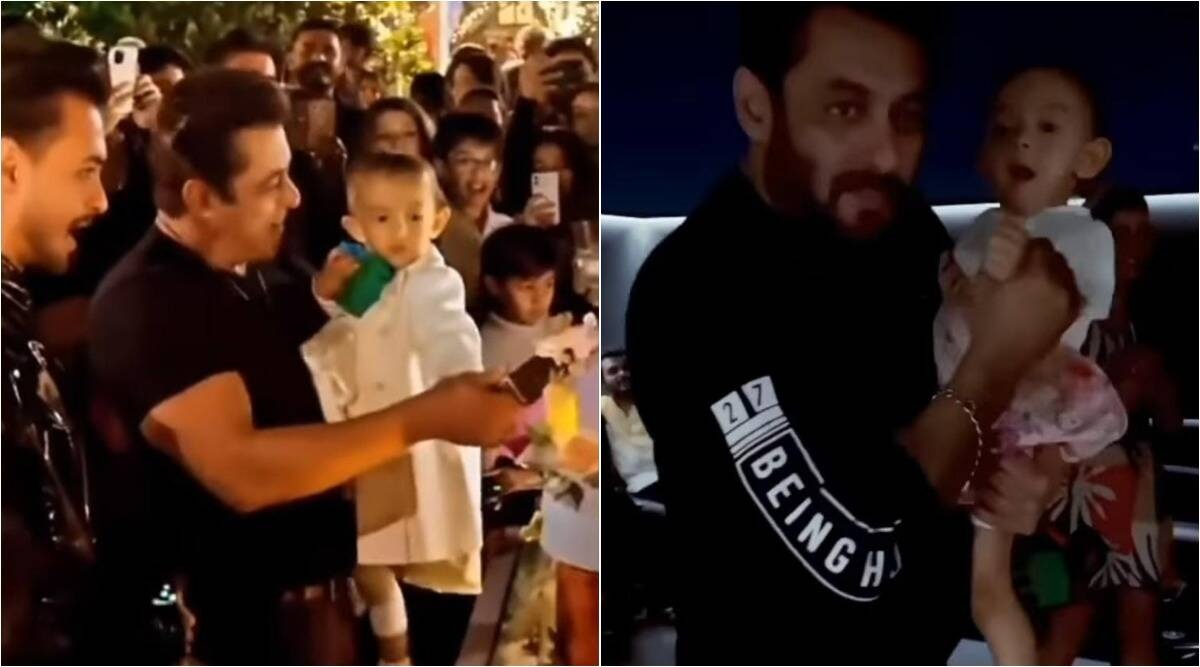 A video of Salman Khan’s birthday is doing the rounds on the internet. In this video Bhaijaan is seen dancing with his niece Aayat.

Salman Khan is very much on social media these days. Recently Bhaijaan celebrated his 56th birthday with close friends at Panvel Farmhouse. Social media is full of her birthday pictures and dance videos. Meanwhile, a video has been shared by his fan, in which he is seen dancing with his niece Aayat. This cute video of uncle and niece is winning hearts of everyone on the internet.

Fan of Salman Khan has shared this video on Instagram page. In this video, he can be seen dancing with sister Arpita Khan’s daughter Aayat in a very adorable way on ‘Tamma Tamma’. It can be seen in the video that as soon as Mamu starts dancing holding her hand, Ayat’s face brings a lovely smile. This fan of his has posted another video along with the dance video, in which Bhaijaan is cutting the cake with Aayat.

Let me tell you, this birthday of Salman Khan started in a lot of difficulties. Actually, just a day before his birthday, he was bitten by a snake. He himself had informed the media about this incident.

Salman Khan had told that ‘The farmhouse in Panvel is quite in the forest, in which a snake had entered one of the rooms. When the snake entered the room, the children were scared. I went inside to see and with a stick dropped him back out into the woods.

Talking about the work of Salman Khan, recently he has announced the sequel of the film ‘Bajrangi Bhaijaan’, which will be titled ‘Pawanputra Bhaijaan’. Along with this, he also informed about the coming of the sequel of ‘No Entry’ soon. With this, he has ‘Tiger 3’ and ‘Kabhi Eid Kabhi Diwali’ in the pipeline. Not only this, he is also doing a cameo in Shahrukh Khan’s film ‘Pathan’.