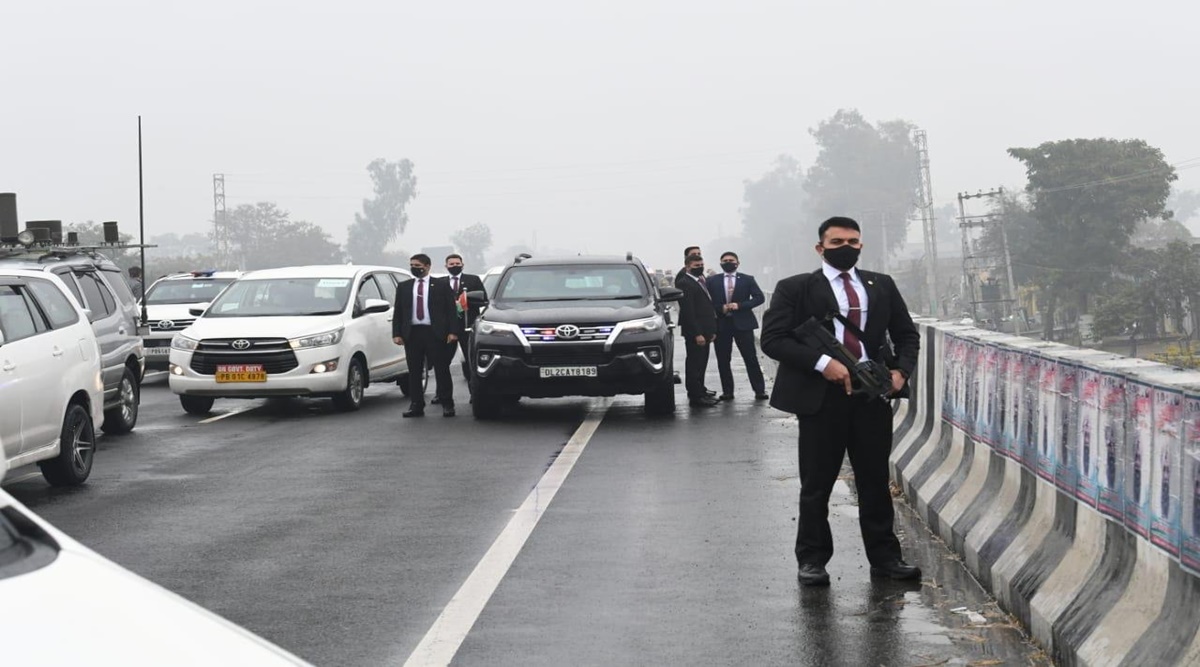 Journalists Amish Devgan, Rubika Liaquat and Sushant Sinha have targeted the Congress over the lapse in the security of the Prime Minister in Punjab.

Prime Minister Modi was about to hold a rally in Ferozepur, Punjab on the previous day. But his convoy was stuck on the flyover for about 15 to 20 minutes, after which the SPG canceled his tour, as well as canceled the Punjab rally. The BJP is constantly attacking the Congress-led Punjab government regarding this matter. Apart from them, from famous journalist Amish Devgan to Bollywood actors are also constantly reacting to the lapse in the security of Prime Minister Modi in Punjab and are also targeting the Congress.

Journalist Amish Devgan, reacting to the lapse in PM Modi’s rally in Punjab, wrote, “Bloody conspiracy against PM Modi failed.” Amish Devgan wrote in his next tweet, “The lapse in the security of PM in Punjab seems as if everything was pre-determined between the Punjab Police and the protesters. Only Punjab Police was aware of this route of PM. This is the first major case of lapse in PM’s security in the last few years. The Pakistan border is also a few kilometers away from here.

Journalist Sushant Sinha wrote about the incident in Punjab, “Hi Hi Modi, Mar Ja Modi Wale was almost successful today.” Journalist Sushant Sinha did not stop here. He also targeted the Congress in his tweet and wrote, “If what happened with PM Modi’s convoy is a political drama of BJP then why suspend the SSP of Ferozepur brother? Why the sacrifice of SSP sahib was given.”

Famous news anchor Rubika Liaquat also raised questions regarding the matter. He wrote, “There is such a big lapse in the security of the Prime Minister of the country and you make an excuse that there was no crowd in the rally. Hey then you would have removed the protesters. Had the PM been allowed to reach the rally venue, the truth would have been seen. Your 10,000 security personnel could not clear a route. This is not called healthy politics.”

Journalist Ashok Srivastava took a jibe at the matter and wrote, “Choose an alternate route from Google Maps for Prime Minister’s security? Someone has rightly said, India is not bothered by challenges. You can guess the rest by looking at the tweet.

Veteran actor Anupam Kher took to Twitter and wrote, “The mess that happened in the security of the Prime Minister of India was regrettable and shameful for the Punjab Police and the government. In this case, look at the Prime Minister’s attention. People’s hatred is a sign of their cowardice. But remember, jako rakhe saiyan, can kill no one.

Let us inform that journalist Amish Devgan had also expressed displeasure in the debate show regarding the matter. He said, “If something like this happens to Priyanka Gandhi, Rahul Gandhi and Sonia Gandhi in Gujarat, you will go around holding press conferences. While the post of PM is the biggest among them, but if two people come to PM’s program then it is normal. Apart from this, people are tweeting that because the situation like Indira Gandhi would have happened, so he left.