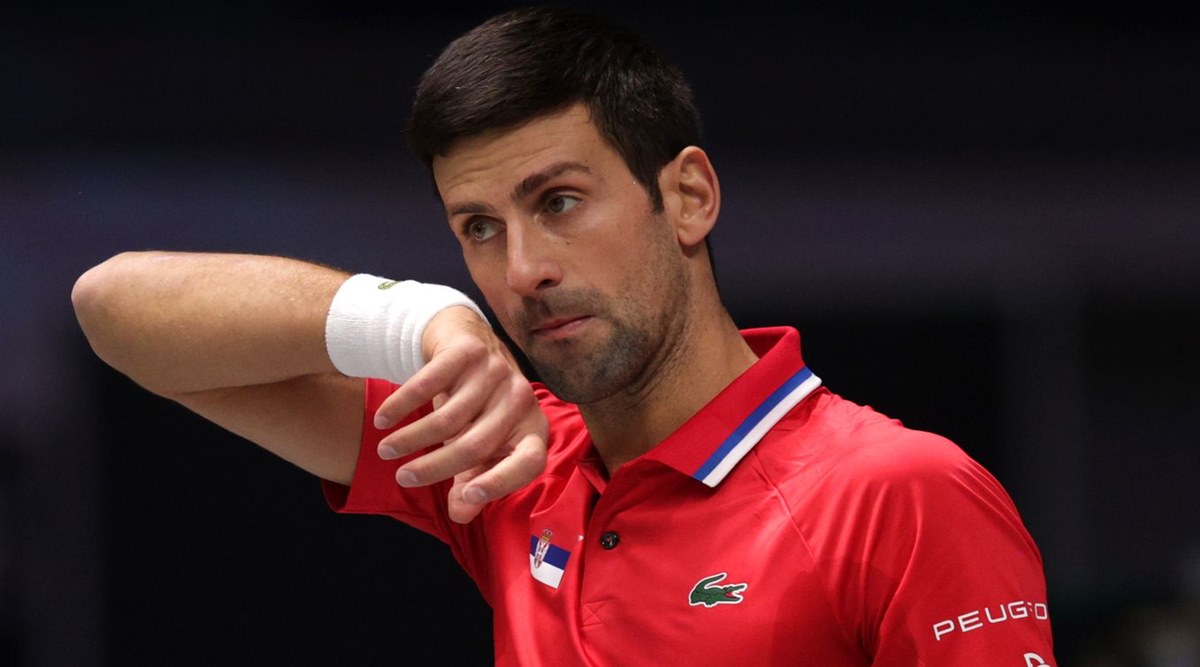 Serbia’s star tennis player was stopped at the airport after canceling her visa in Australia. After which his parents also made allegations of inappropriate behavior with him (Djokovic). Even before this, Djokovic’s name has come up in many controversies.

In fact, 34-year-old Grand Slam winner Novak Djokovic of Serbia was exempted from the requirement of Kovid-19 vaccination along with all players and their support members participating in the Australian Open. But upon entering Australia, his visa was revoked and he was held at the airport for nearly eight hours.

He was then kept in a hotel of the immigration department. His lawyers, however, challenged the visa decision in the court. Regarding this, Djokovic’s mother said, “I talked to him. He was fine and trying to sleep. As a mother, what can I say? If you are a mother, you can just imagine how you would feel.

She said, “I feel scared. For the last 24 hours, they are keeping him like a prisoner. It’s not fair at all. It is not human. I hope he is stronger than this I hope he wins. He has been put in a very bad place. There are bugs and a lot of dirt. The food there is also very bad. They are not giving him a chance to move to a better hotel or our rented house.

His father, S Djokovic, told the B92 internet portal that his son has been kept at the airport in a room that no one else can enter and is guarded by two police officers. Djokovic’s parents accused the Australian administration of treating their son like a prisoner.

Novak Djokovic has approached the court against this. Federal Circuit Court Judge Anthony Kelly adjourned Djokovic’s case until Monday after delays in receiving applications to review visa rulings and a temporary ban on his deportation was imposed.

A government lawyer also agreed that the 34-year-old tennis player should not be deported before the next hearing. Regarding this matter, Australian Prime Minister Scott Morrison said in a press conference, “The rule is very clear. You have to take the medical exemption which he did not have. We talked at the border and that’s where it happened.

Djokovic has been involved in controversies in the past too.

Novak Djokovic’s name has been in many controversies in the past. His relationship with his wife Jelena was reported to have soured due to his friendship with Serbian pop star Natasha Bekvalec and DJ Lady Lee. The local media had also accused him of cheating on his wife.

Apart from this, Serbian Model PKL 2021-22, Day 16 Results: Beating Jaipur Pink Panthers by 7 points Bengaluru Bulls, Patna Pirates and Tamil Thalaivas got on top About 60 thousand euros were offered. All they had to do was tap Djokovic to make his private footage public. But he categorically refused to do so.

Not only this, Djokovic has also been questioned many times about taking a toilet break in the middle of the match. However, tennis players are allowed to leave the court during the match for a medical emergency or a nature call. But Djokovic has been accused of using these brakes improperly and under a plan.

At the same time, Djokovic has also been in controversies many times due to his anger. At the 2020 US Open, he was also disqualified for hitting line judge Laura Clarke on the neck. Clarke also received death threats from angry Djokovic fans. Even before this, the Serbian star has been embroiled in controversies several times, from shouting at the umpire to throwing a towel at the ball girl.