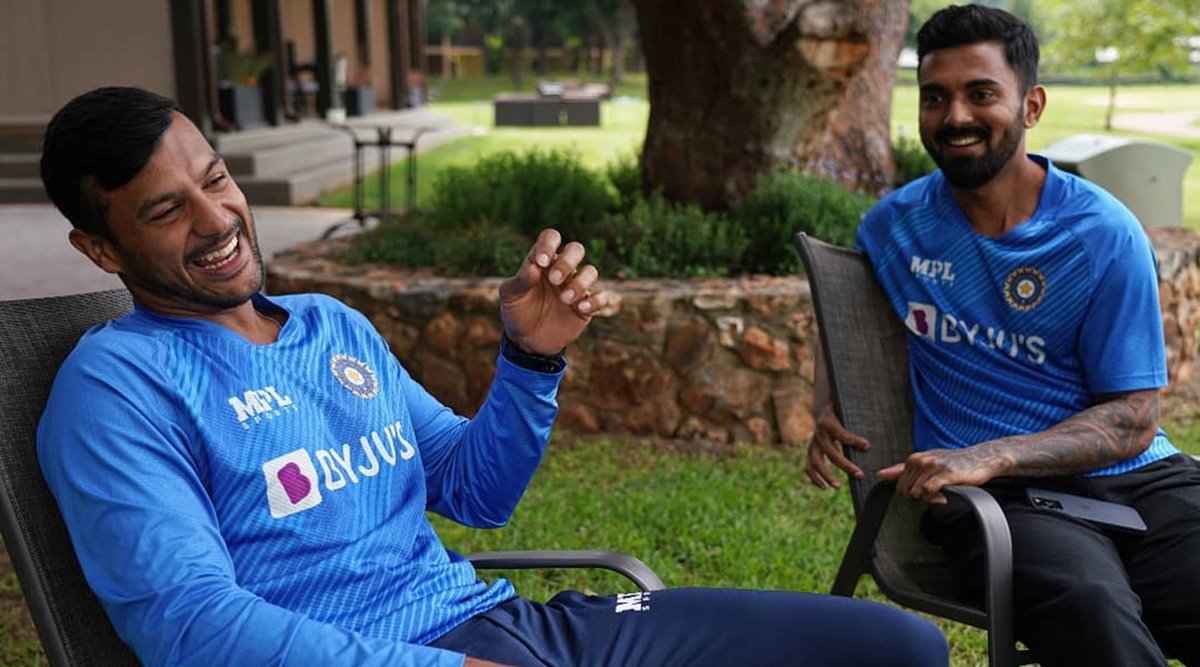 KL Rahul and Mayank Agarwal have shared many interesting things ahead of the India-South Africa Test series. The video of the conversation between the two has been shared by the Indian cricket team. During this, KL Rahul refreshed his memories related to the Boxing Day Test. Mayank also questioned Rahul about becoming the vice-captain. Mayank Agarwal also revealed Rahul Dravid’s strategy before important matches.

Regarding the vice-captaincy of the Indian Test team, KL Rahul said, ‘It is a matter of pride for me to be the vice-captain of Team India. I feel honored. I am happy to be given such a huge responsibility. It is also very special for me because 6-7 months ago I did not even think that I will play Test cricket again.

During the conversation, Mayank jokingly asked, ‘It is said that due to responsibility in Team India, the hair turns white.’ On this, Rahul said, ‘Me too has started coming. This has happened because of captaining the Indian Premier League (IPL). So far it has not happened due to the responsibility of Team India, but if it happens then it will be good. Everyone wants to take the vice-captaincy of Team India. In such a situation, there is no worry about white hair.

KL Rahul made his Test debut for Team India in the year 2014. Mayank Agarwal got a chance in 2018. Interestingly, both their Test debuts took place in Australia itself. Both made their debut with the Test match starting the day after Boxing-Day i.e. Christmas.

On the question of his career with Mayank, Rahul said, ‘It has been a beautiful journey. Neither of us had dreamed of it nor thought that we would play together. Yes, it was a dream to play for India. It took a lot of hard work, but looking back, everything looks so wonderful and magical. I think this is just the beginning for both of us. There is still a long way to go.

KL Rahul told a very good thing with Team India coach Rahul Dravid. Rahul said, ‘His training and experience will prove to be very helpful for us. It is a big deal to play under him. Mayank also revealed that Dravid insists on ‘good and sound preparation’ before important matches and tours.

KL Rahul said about the pitches in South Africa, ‘Spongy tracks and bouncy pitches are like a big challenge. South Africa have always had a very good fast bowling attack.