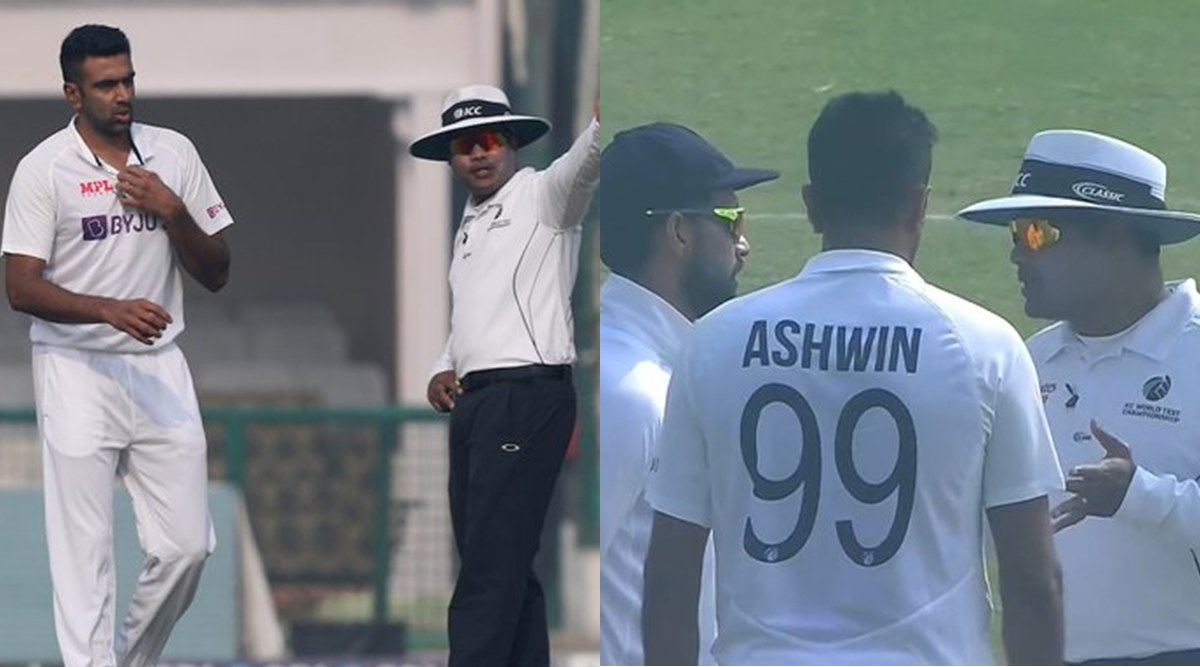 Ravichandran Ashwin and umpire Nitin Menon did not get much ground during the ongoing Kanpur Test between India and New Zealand. From the second day to the third day, the video of the argument between the two surfaced several times. Head coach Rahul Dravid also appeared in the referee room in this video.

Ravichandran Ashwin is often surrounded by controversies on the cricket ground. Although they often do everything according to the rules, but in some way or the other, disputes arise. This time during the Kanpur Test against New Zealand, there was a lot of debate between Ashwin and field umpire Nitin Menon.

Actually this debate started from the second day when Mayank Agarwal was fielding on his knee. Even at that time, Ashwin referred to the low bounce of the pitch to the umpire and silenced him with his suggestion. After this, the conversation between the umpire and Ashwin continued for the third day.

This is the story of the 77th over of New Zealand’s innings when Ashwin was bowling and umpire Nitin Menon seemed unhappy with him. This is because after throwing the ball, Ashwin crossed the pitch in his follow through. To which umpire Menon objected.

Ashwin was also adamant on the objection of the umpire because according to him everything happened according to the rules. Ajinkya Rahane also came in the middle of the conversation and he was also seen explaining to the umpire. After this, the head coach Rahul Dravid was also seen in the camera, who goes straight to the referee box and talks to the referee of this match, Javagal Srinath.

Ashwin often has to face controversies citing the laws of cricket. Then whether it is Mankading or non-striking, running on the ball that hit the player’s foot. The dispute between Ashwin-Morgan and Tim Southee came to light recently during IPL 2021 regarding the latter.

This controversy made headlines all over the world. Several former players had given their opinion on the matter and called Ashwin wrong. After this, many former cricketers including Gautam Gambhir of India supported Ashwin. The Australian media also jumped into the matter.

Significantly, today is the third day of the first match of the two-Test series between India and New Zealand in Kanpur. Ravichandran Ashwin broke the opening partnership of 151 runs by dismissing opener Will Young and gave India the first breakthrough. After this, Umesh Yadav sent captain Kane Williams back to the pavilion.