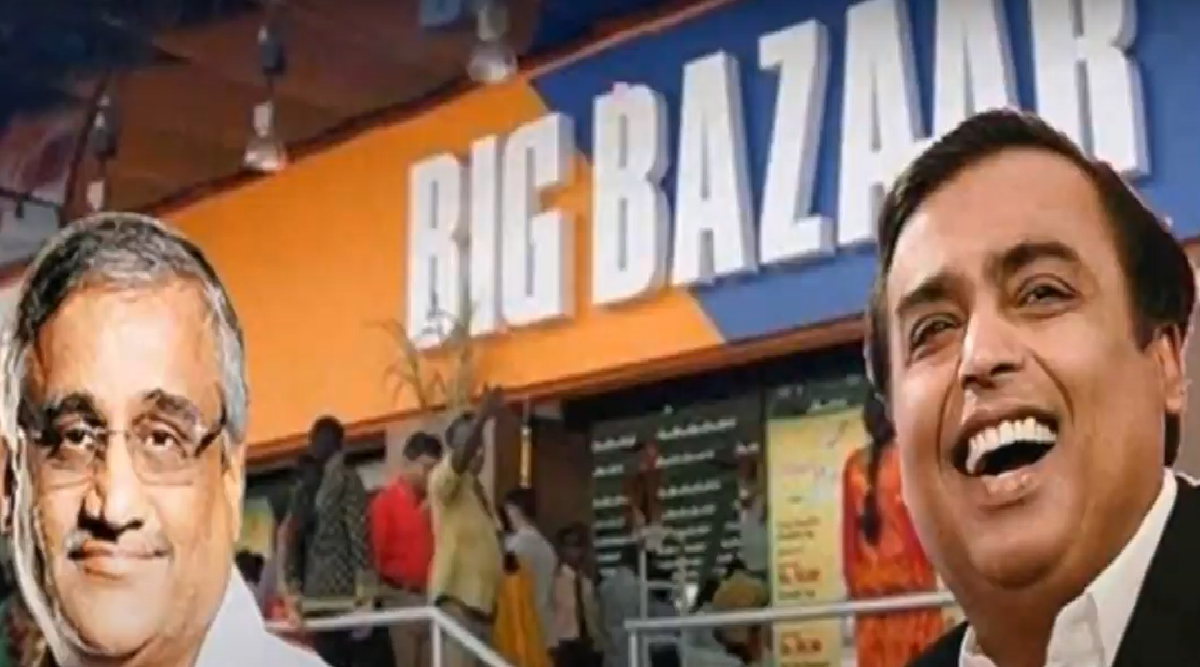 In the case of deal with Reliance, Future Group gets a setback from Delhi HC, know on what basis the court dismissed the petition

The controversy started when the country’s second largest retail company Future Retail had signed an agreement to sell its retail, wholesale, logistics and some other businesses to RIL last year.

Future Group, which approached the Delhi High Court against a Singapore tribunal over the deal with Reliance, has suffered a setback. Justice Amit Bansal rejected the arguments of Kishor Biyani’s group. Future Group had requested the Delhi High Court to declare the order of the Singapore Tribunal invalid. It was argued on behalf of Future Retail in the High Court that the CCI (Competition Commission of India) had suspended the 2019 deal. Hence it no longer has any legal existence in India.

Senior advocates Harish Salve and Mukul Rohatgi presented the arguments on behalf of Future Group. He said that at present, the order of the tribunal of Singapore has no meaning. He said that the condition of Kishore Biyani is on the verge of complete bankruptcy at this time, while Amazon has kept a budget of 8500 crores for the legal battle in this case. On the other hand, Gopal Subramaniam and Amit Sibal presented arguments on behalf of Amazon. He claimed that an appeal would soon be made against the order of the commission.

In fact, e-commerce giant Amazon suffered a major setback when CCI suspended the approval given to its deal with Future Coupons. The CCI also imposed a fine of Rs 202 crore on Amazon for violating certain provisions. The legal dispute between Amazon and Future Group has been going on for a long time. CCI issued notice to Amazon in July on the complaint of Future Group. The commission, in its order, had said that Amazon concealed the true scope of the combination and made false statements.

Earlier, the Tribunal Court of Singapore had dismissed Future Retail’s appeal. Kishor Biyani’s company had appealed to quash the order issued last year to stop the $3.4 billion deal with Reliance Industries (RIL). Future Retail maintains that it has not committed any illegal act by entering into a deal to sell its retail assets to Reliance. On the other hand, Amazon alleges that Future Retail broke the deal with it last year by making a deal with RIL. In October last year, the Singapore Tribunal had stayed the deal in its order.

The controversy started when the country’s second largest retail company Future Retail had signed an agreement to sell its retail, wholesale, logistics and some other businesses to RIL last year. Future Retail, which has more than 1,700 stores across the country, had to take this step as its business was badly hit due to Kovid. On the other hand, Jeff Bezos’s company wanted to buy the retail business of Kishore Biyani’s company Future itself. For this, he had already signed an agreement with Future. Amazon had said in its plea that it has entered into an agreement with the retail company of Future Group in 2019. Under one clause of that agreement, the future cannot sell its business to another.