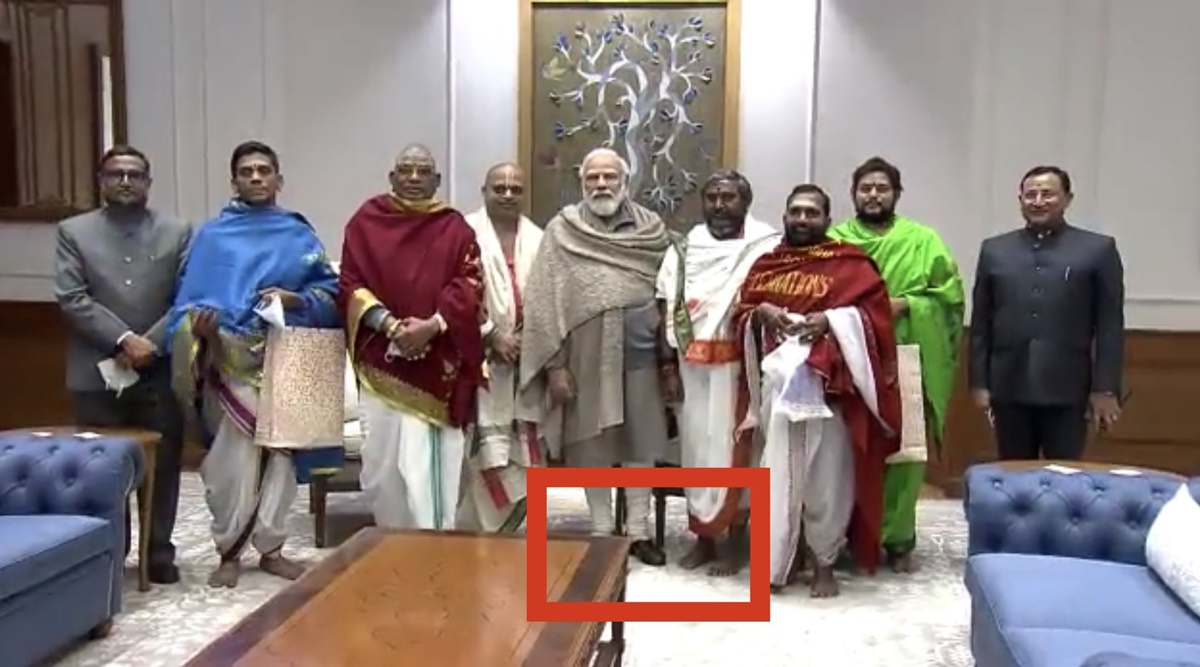 A picture of Prime Minister Modi with the saints of Tirupati is becoming very viral, about which the former IAA has taken a jibe.

Former IAS Surya Pratap Singh shared the picture of Prime Minister Narendra Modi with his Twitter handle. Taking a jibe at him, he wrote, “The saints who came from Tirupati took off their shoes outside in the cold and called them barefoot. The sahib himself met wearing shoes and shawls. You can also see the glimpse of Virat Hindu, if you want, blind devotees can give clarification on this too.

Apart from former IAS Surya Pratap Singh, social media users are also commenting a lot on this picture of him. A user named Abdul wrote in response to former IAS Surya Pratap Singh’s tweet, “The group of blind devotees will understand late. There is still a lot to be seen. Jai Hind.” At the same time, a user wrote, “The public is cleaning itself.”

Let us tell you that some users targeted former IAS Surya Pratap Singh for this tweet. A user named Trupti replied to Surya Pratap Singh by sharing the picture of Prime Minister Modi. PM Modi was not wearing shoes in this picture. In such a situation, while sharing it, he wrote, “Sir retired, take rest, don’t make mistakes by being hyper like this.”

A user named Ayush wrote in response to Surya Pratap Singh’s tweet, “Brother, it is our Indian civilization that if you go inside someone’s house, then keep shoes and slippers outside and Modi ji is in his own house.” One user wrote, “Education does not necessarily give you even the basic understanding, it has been proved today.”