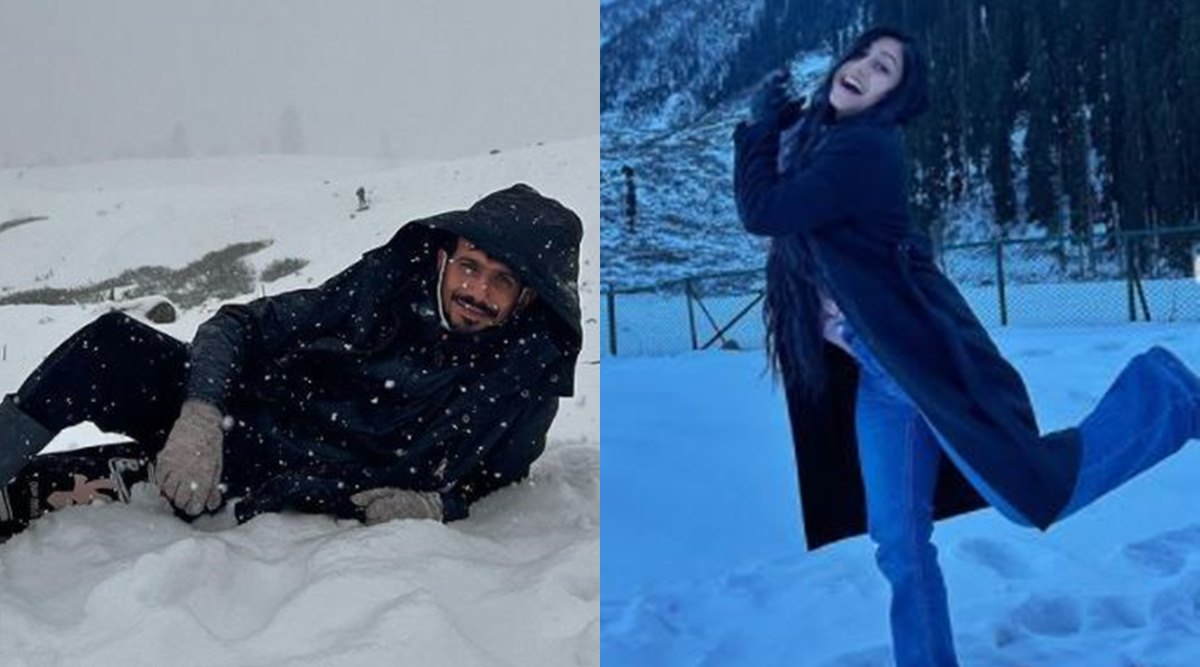 Dhanshree Verma has shared her dance video on the song Tip-Tip Barsa Pani. This video is very different from her other dance videos. In its caption, he has also written sorry.

Indian cricketer Yuzvendra Chahal is seen with his wife in the snowy valley of Kashmir these days. Two days ago on December 22, on the first anniversary of their marriage, both of them shared a video. At the same time, Dhanashree, often known for her dance videos, has danced over ice on the song Tip-Tip Barsa Pani.

Actually this song is in discussion once again these days. The song was recreated by Katrina Kaif in Akshay Kumar’s previous film Sooryavanshi. By the way, this song was seen about 27 years ago in the 1994 film Mohra. The old version of this song featured tremendous chemistry between Raveena Tandon and young Akshay Kumar.

Dhanshree Verma has shared her dance video on this song. But this dance video of her is different from her other videos. In this video, she is seen dancing on the snow. Her look is also of winter dress in this. Often she is seen in saree or aerobic dress. Well this song is famous for dance in saree.

Apologizing to all the users, Dhanashree has also said sorry for not wearing a sari. He wrote in the caption of the video that, ‘Tip-Tip Barsa Snow (Snow). If I tell the truth, this place is very beautiful and just like heaven. There is a lot to be learned here. #KashmirDiaries Sorry for not wearing saree.

Significantly, the veteran leg-spinner of the Indian cricket team, Yuzvendra Chahal, married Dhanashree Verma on 22 December 2020. On the first wedding anniversary, both of them also congratulated each other by posting videos on their respective social media accounts.

Yuzvendra Chahal seems to be working hard these days to make a place in the Indian cricket team. He did not get a place in the T20 World Cup 2021. After this he also got to play only one match against New Zealand. Now it remains to be seen whether he gets a place for the upcoming South Africa ODI series or not.