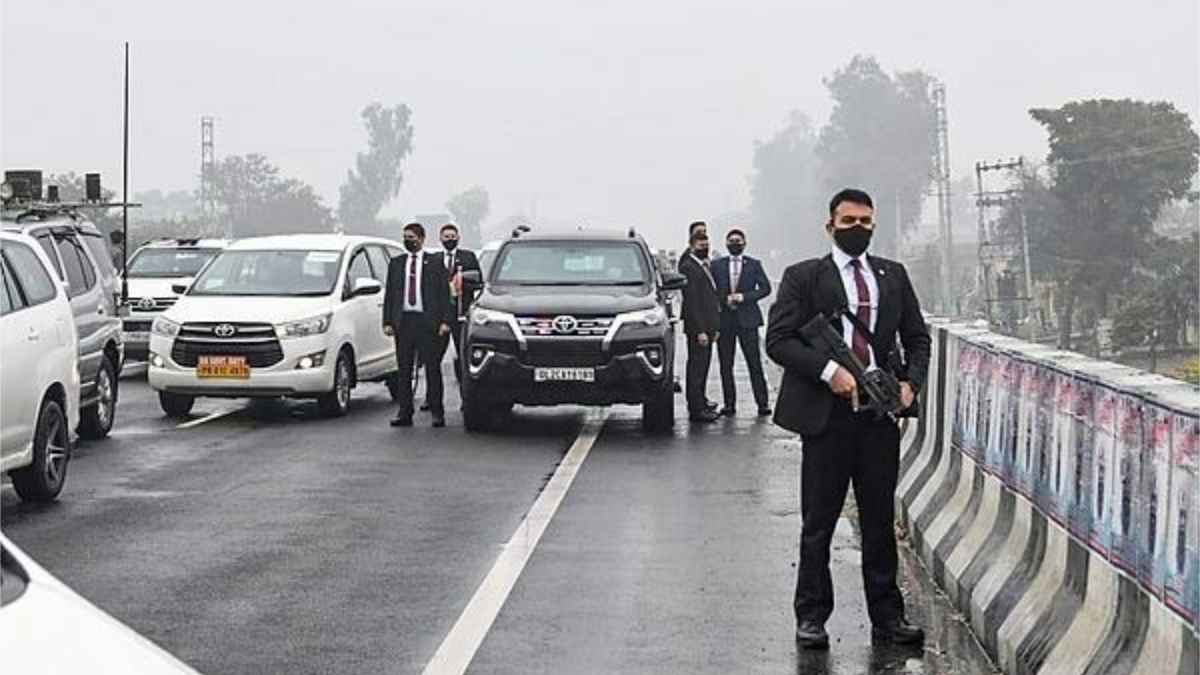 Prime Minister Narendra Modi’s convoy was stuck on a flyover in Punjab for about 15 to 20 minutes on January 5. The Congress-led Channi government in Punjab has come under attack from the people regarding this matter. Many people, including BJP leaders, are targeting the Congress over the lapse in the security of Prime Minister Modi. Now BJP leader Kapil Mishra has also shared an old animated video. In which it is shown that a group of farmers is blocking the path of the Prime Minister on a flyover.

In this animated video, farmer groups are seen driving the Prime Minister’s convoy. Not only this, farmers were also seen surrounding the PM from all sides. The video, dated December 1, 2020, was shared by BJP leader Kapil Mishra on Twitter, claiming that exactly what was shown in the video was tried to be done in Punjab.

Kapil Mishra wrote in his tweet, “This animated video was put on YouTube by Khalistanis a year ago. In this, an attempt is made to kill Modi ji by stopping, besieging him by fake farmers on the flyover. As in this video, the exact same thing was tried in Punjab. This is really serious.” Now social media users are also commenting a lot on this tweet of Kapil Mishra.

Replying to Kapil Mishra’s tweet, journalist Sridhar Mishra wrote, “Sir, tell me what Modi ji is doing? Are you sleeping? Who do all the agencies report to? When something looks wrong, block it. Take action on the front. If they do not do this work, will the common man do it? Even after such a huge majority, if someone becomes poor, then it is only politics.

In response to Kapil Mishra’s tweet, a user named Vicky wrote, “Brother, you BJP wala kitna bolge? If you have the courage to do something, say so? Don’t run this political agenda. Neither Shaheen Bagh was handled by you, nor Delhi riots, nor farmers’ movement, nor West Bengal. Out of fear, you will tweet sitting at home or you will shout while sitting in the debate.

Questioning Kapil Mishra, a user wrote, “Misra ji, he showed his courage from 26 January last year till the Prime Minister of the country. Home minister, are election rallies and temples built just for roaming or are waiting for a bigger accident.”