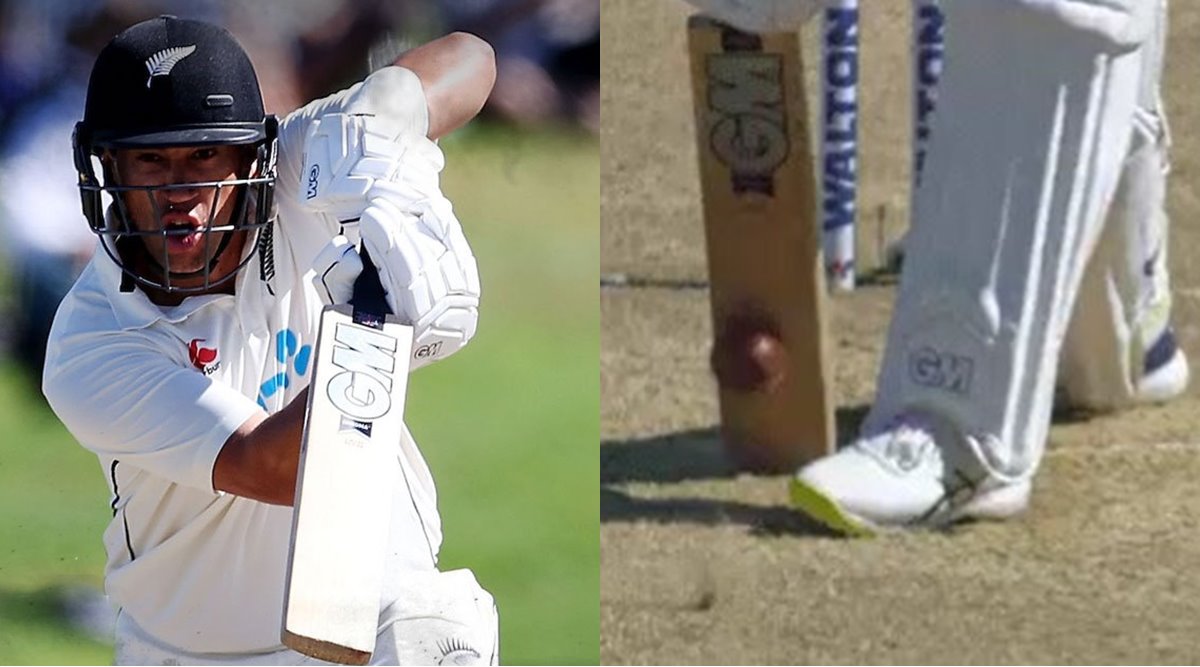 New Zealand’s hopes now rest on the experienced Ross Taylor. He is unbeaten on 37 runs. Rachin Ravindra, standing with him, has scored 6 runs. Bangladesh has won only one of the 34 matches that New Zealand has played in all three formats before.

Bangladesh has the upper hand in the first Test of the 2-match series against World Test champions New Zealand. However, despite having a strong hold in the match, there is a reason why he is getting a lot of laughs on social media. That reason is the Decision Review System (DRS). The incident happened in the 36th over of New Zealand’s second innings.

Actually, the condition of the Kiwi team was bad on the fourth day of the Test match. During this there was an occasion when Bangladesh took a wrong decision. Bangladesh appeals for lbw against Ross Taylor. The umpire denied the appeal. Bangladesh took the DRS as soon as the appeal was denied.

Taskin Ahmed of Bangladesh was bowling. The 5th ball of his over was on yorker length. The ball hit Ross Taylor’s bat. Bangladesh team felt that the ball hit the pad. There was a strong appeal. But the umpire turned it down. Bangladesh captain Mominul Haque immediately took the DRS.

However, Bangladesh failed. It was clearly visible in TV replays that even if the ball hit the pad, he was not even close to him. She was clearly hit with the bat. Replays showed that the yorker ball was hit by Ross Taylor. The ball hit the middle of the bat and the pads were not even with him. Everyone was surprised to see this review.

With this the quota of DRS of Bangladesh was also fulfilled. The video of this review is viral on social media. Along with Bangladesh’s excellent game, there is also a lot of discussion about its DRS. You can watch that video below.

By the end of the fourth day’s play, New Zealand had lost 5 wickets for 147 runs in the second innings. Right now he has a lead of only 20 runs and half of his team has returned to the pavilion.

New Zealand’s hopes now rest on the experienced Ross Taylor. He is unbeaten on 37 runs. Rachin Ravindra, standing with him, has scored 6 runs. Bangladesh has won only one (against Scotland) out of the 34 matches they have played in New Zealand in all three formats before.