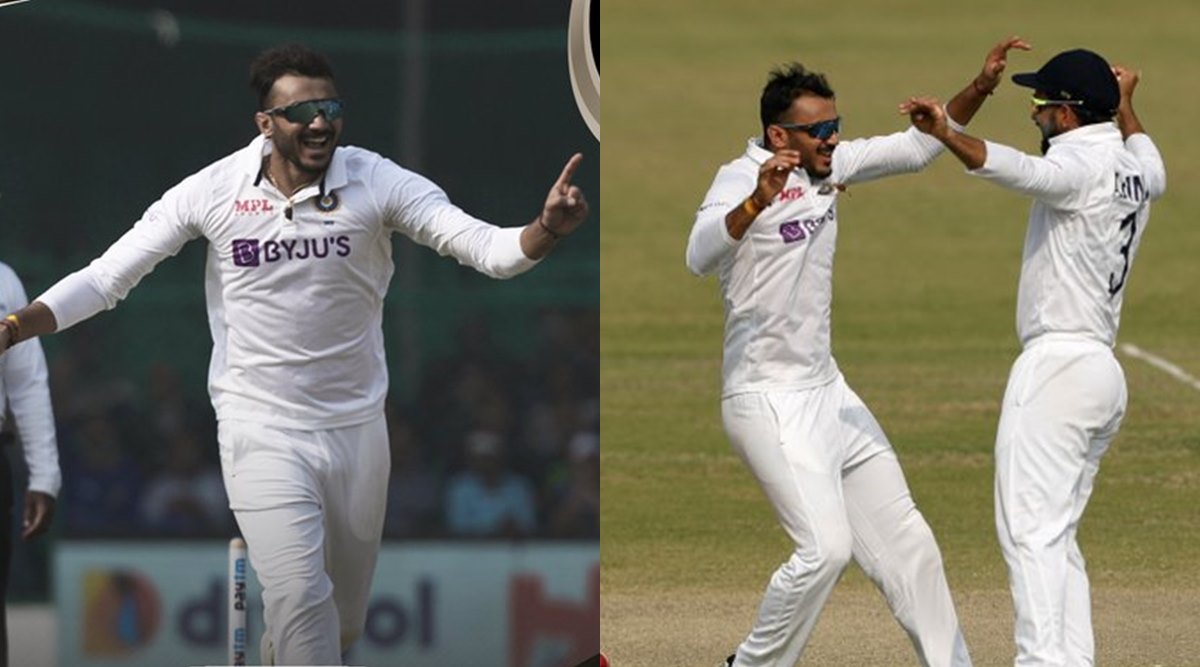 Indian bowler Axar Patel performed brilliantly in the first Test match of the series being played against New Zealand in Kanpur. 5 Kiwi batsmen got entangled in Akshar’s spin and gave their wickets. This was the 5th paw of Axar Patel this year. Earlier this year, he had bowled brilliantly against England.

The special thing is that Akshar Patel has done this feat in the 7th innings of his career. With this, he has become the first left-arm spinner to take five wickets on Indian soil five times in a year. He took 5 wickets for 62 runs in 34 overs. He took five wickets in an innings of a Test match for the sixth time in a row.

Apart from this, he is also the joint second player to take five wickets in the shortest innings of Test cricket five times. Rodney Hogg, who has done this in 6 innings, is at number one on this list. At the same time, Charri Turner and Tom Richardson have also done this in 7 innings with Akshar.

Axar Patel has made a spectacular comeback for the Indian team in the Kanpur Test. The opening pair of New Zealand had added 151 runs. After this, in the second session on the third day, he sent Ross Taylor, Tom Latham and Henry Nicholls back to the pavilion.

After this, in the last session, he completed his five wickets by taking the wickets of Tom Blundell and Tim Southee. In this way the entire team of New Zealand was reduced to 296. India had scored 345 runs in the first innings. India got a lead of 49 runs on the basis of first innings.

Let us tell you that this is the 5th Test match of Axar Patel. He made his Test debut against England on 13 February this year. Before this match, he took 27 wickets in 6 innings of 4 Test matches. In this, he took five wickets four times.

At the same time, he has also played 38 ODIs and 15 T20 matches for India. He has 45 wickets in ODIs and 13 wickets in T20s. Apart from this, he has now become a senior player in the IPL.

He has played 109 IPL matches and has taken 95 wickets. He is currently part of Delhi Capitals and has been retained along with Rishabh Pant, Prithvi Shaw and Anrique Norkea for the upcoming season.