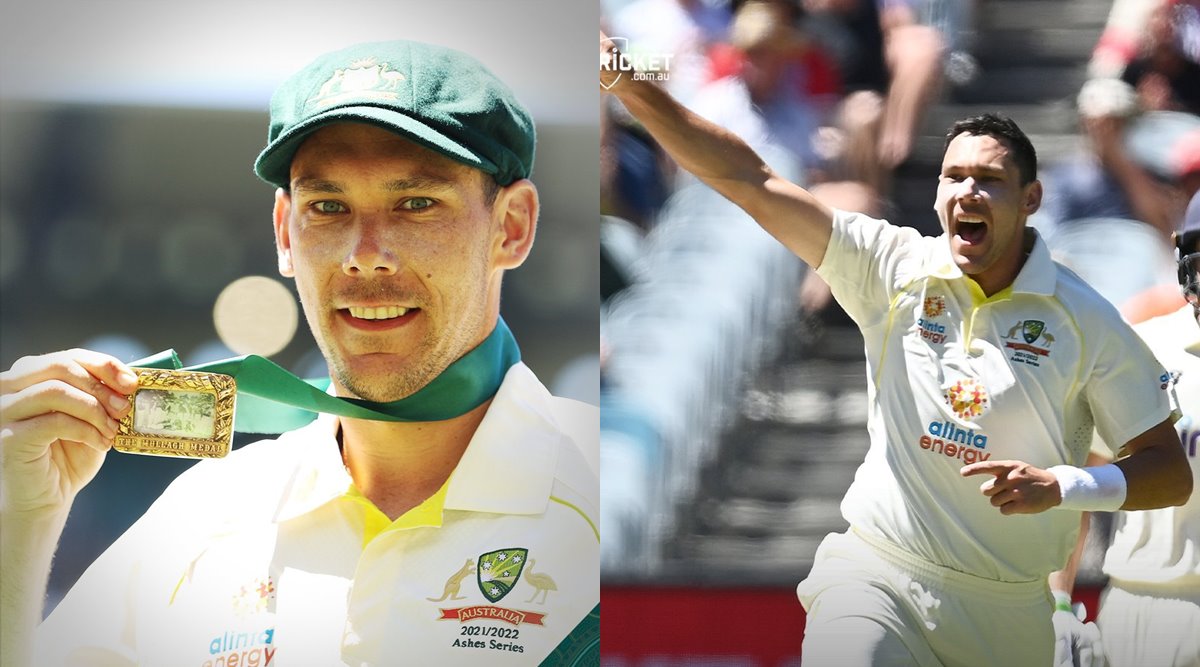 Australia defeated England by an innings and 13 runs in the third Test match of the Ashes series, thanks to the amazing 32-year-old Scott Boland. With this, he took a winning 3-0 lead in the series. In this match played at Melbourne Cricket Ground in Melbourne, Australia won the toss and elected to bowl on the first day. England’s first innings innings was reduced to 185 runs in 65.1 overs.

Australia scored 267 for 10 in 87.5 overs in the first innings. England’s second innings was bundled out for just 68 runs in 27.4 overs. In the second innings, only 2 England batsmen (Joe Root 28 runs and Ben Stokes 11 runs) could touch the double figure. Scott Boland took 6 wickets for 7 runs in the second innings. The special thing is that right-arm fast bowler Scott Boland made his Test debut from this match.

Boland was adjudged player of the match. He became the fifth cricketer to be adjudged Player of the Match in the debut Test match in 2021. Before him this year, Kyle Meyers, Praveen Jayavikram, Devon Conway, Shreyas Iyer had achieved this feat. Boland became the joint fourth bowler in the world to take 5 or more wickets for the lowest run.

Before him, Ernst Raymond Herbert Tosak of Australia took 5 for 2 against India in 1947. Jermaine Lawson of West Indies took 6/3 against Bangladesh in 2002. At the same time, Herbert Ironmonger took 5 wickets for 6 runs against South Africa in 1932.

He holds the record for becoming the team’s top scorer for the most times in a calendar year. He broke the record set by South Africa captain Graeme Smith in 2008. Smith was the top scorer 11 times that year, while Joe Root did so 12 times. He also became the highest run-scorer for England in 2021. He scored 1708 Test runs in 2021.

Talking about the match, England started playing on 28 December 2021 ahead of their yesterday’s score of 31 runs for 4 wickets. Ben Stokes was bowled by Mitchell Starc in the 5th over.

After this Boland sent Jonny Bairstow to the pavilion in the first over. After this, world number two Test batsman Joe Root (28) became his victim in the second over. Mark Wood and Ollie Robinson were dismissed in their third over and both could not even open the account.

Cameron Green bowled James Anderson to end England’s second innings in 27.4 overs. Boland took 7 wickets for 55 runs in the match. He is the second indigenous player to play a Test for the Australian men’s team. He was awarded the Johnny Mulag Medal of the Player of the Match for this performance. The award is in honor of Australia’s indigenous team that toured England in 1868.

Australia captain Pat Cummins said his team would look to win the series 5-0. He said, ‘The Ashes series has a deep impact on your Test career. This is your chance to start cementing your identity.

On the other hand, England captain Root said, ‘We have to come back strongly and try to win the next two matches.’ Earlier, the third day’s play started only after the players of both the teams had the night corona test.

Cricket Australia said, ‘All the results have come negative.’ On the second day on Monday, the game started half an hour late after two members of the England team’s support staff were found to be Corona positive. The fourth Test will be played in Sydney from January 5.