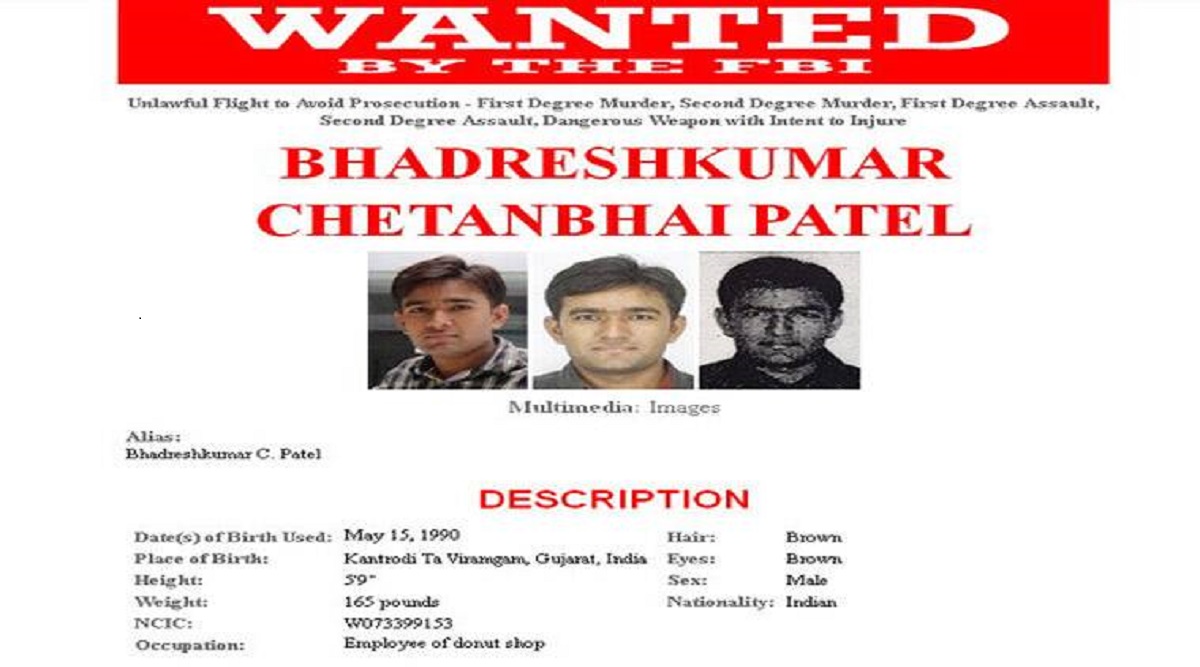 After the brutal murder, America’s biggest investigative agency and its vast network of informers are searching for Bhadreshkumar Patel. But even after so many years, the hands of the FBI are empty.

There were many criminals in India who became very famous due to their crimes. The exploits of these criminals were such that they got on the tongue of the people. Today we will tell about the Indian-origin criminal who was born in Gujarat, but the incident carried out by him made him included in the hit list of America’s largest investigative agency FBI.

Actually, we are talking about Bhadreshkumar Chetan Bhai Patel, a person of Indian origin included in the list of FBI’s top 10 most wanted criminals. About three years ago, the Federal Bureau of Investigation (FBI) had announced that whoever gives information about this dangerous criminal of Indian origin will be given a reward of 1 lakh dollars, or about Rs 73.59 lakh.

According to the FBI, Bhadreshkumar Patel was born in Viramgam, Gujarat. Please tell that Patel is accused of killing his wife. According to news website Livemint, Patel allegedly stabbed his wife Palak to death inside Dunkin’ Donuts coffee house in Maryland state in 2015. Palak’s body, which was found several hours after the incident, had several stab wounds.

According to the local police, Patel first thrashed his wife Palak, then brutally murdered her and this act was captured in the CCTV footage (CCTV) of the coffee house. After that he left for his apartment on foot. After reaching there, he picked up some of his personal belongings and fled.

After two years of the incident, when the investigating agency could not catch him, Patel was put in the list of most wanted criminals and also announced a prize money of one lakh dollars on him.

Apart from this, some posters with his pictures were also printed in different newspapers and magazines of the country, so that any information could come about him. However, even after a lapse of time, nothing of this most wanted criminal could be traced.